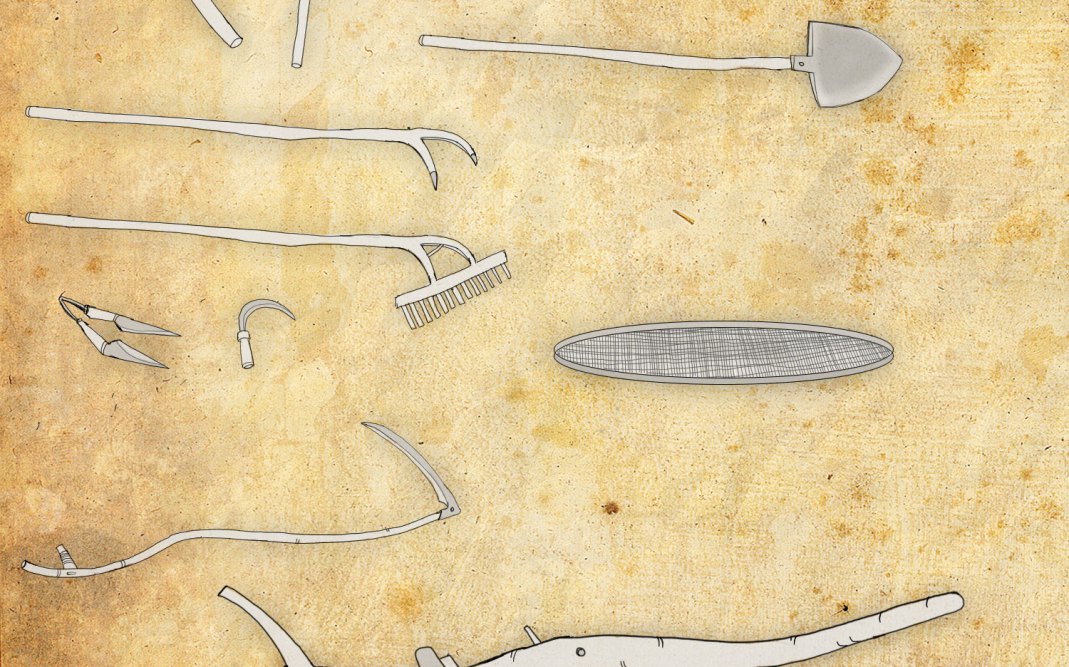 Medieval farming tools have been found as far back as the 10th century, long before the time of Christ. For the people of the Middle Ages, agriculture was an important way to support their lifestyle and their needs. They depended on crops such as corn, beans, peas, millet, wheat, potatoes, and many other fruits and vegetables to meet their daily needs. These crops were the only source of food and all products were derived from these plants. There was very little else to be gathered and stored during the medieval period aside from these crops. Farming was done by simple hand labor and forage production.

The medieval farming tools that are depicted in artwork are much different from those used in modern farming. People back then only had simple equipment, most of which consisted of simple tools such as hoes, shovels, and rakes. In addition to this, medieval farmers did not have the sophisticated agricultural equipment that most farmers today use. The difference was most likely due to the limited population in rural areas and the difficulty of transporting their produce to urban centers.

A simple form of modern farming tool would be the simple pickax. Picked up often to take the produce away from the fields, medieval farmers would also use simple hoes with spades for digging up newly plowed fields. At other times, they would use an axe to loosen the soil and break it up for planting. Some people might also use a vine or stick to prod the earth to help move the soil or seedlings into place.

In addition to these simple farm implements, medieval farming tools also include many more complex farm equipment. One of the more popular medieval farming tools is the heavy plough. Ploughs were primarily used for digging furrows for storing grains, but they could also be used for sowing, harvesting, and re-sowing. If you have a heavy enough, you can harvest an entire field in one day.

As well as the heavy plough, a medieval farmer would also have a rolling pickax. Rolling picks axes are similar to modern fork picks in that they have a large wheel and a handle. They would be used to sift through the dense underbrush to harvest seed and browse. The reason why the medieval farmer would have such a powerful tool is because it is much more difficult to pull weeds with just the hands, so the plough is used as a more efficient alternative.

Other farming implements of the middle ages included such harvesters as the weeding hoe, a shovel or spade, and a colander (which was used to separate the grains from the chaff). Sheepskin boots (a type of shoe made out of sheep skin) were worn by the peasants to keep their feet protected from injuries when plowing. For those who are wondering, yes, there was agriculture in the middle ages. It is no longer in practice, however, because the demand for farm produce did not spike until the coming of the motor vehicle.